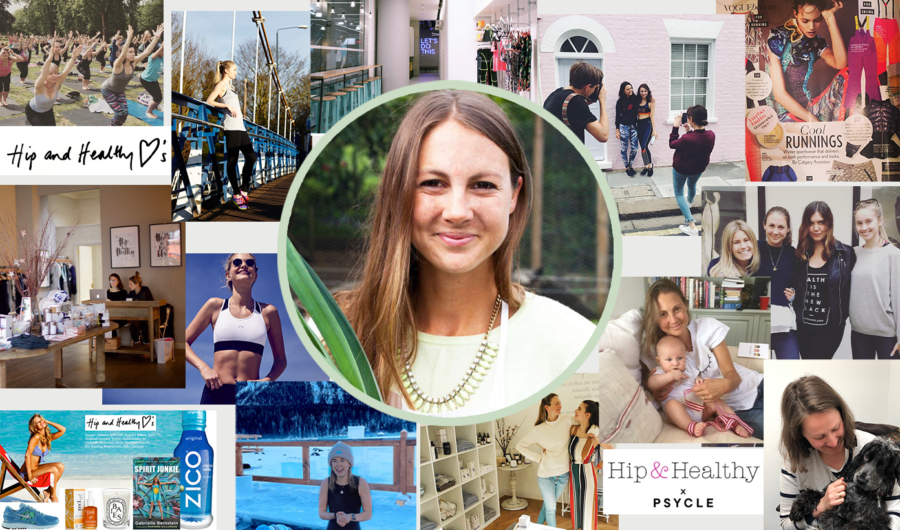 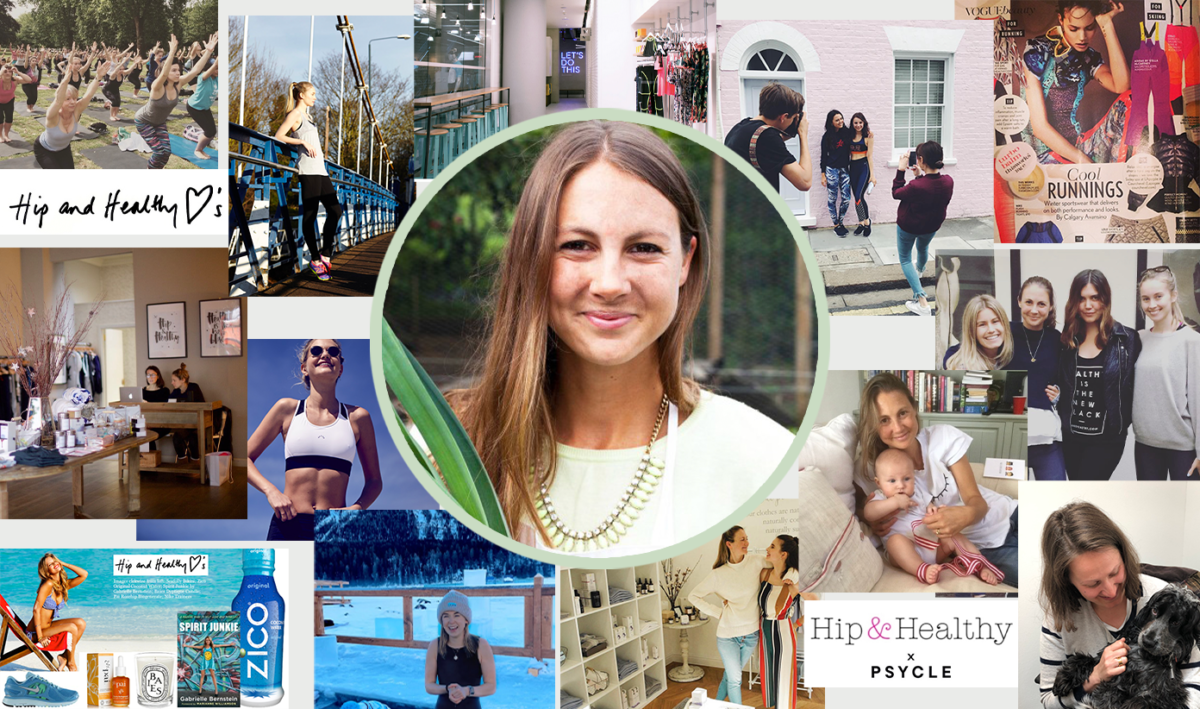 I find it extraordinary that Hip & Healthy has reached ten years. I first had the idea for it whilst living in Hong Kong on a sabbatical from my day job at Condé Nast Traveller. The thing was, I absolutely loved wellness in all its forms; from the green juices to the downward dogs, I was hooked. But back in the UK pub culture reigned strong and I seem to be the only person in Vogue House that kept trainers under my desk, perchance I was presented with the opportunity for a lunchtime run. Suffice to say that wellness content was thin on the ground back then (hard to imagine now) and although I felt like I was the only person that sought out any little titbit of wellness advice out there, I knew that it couldn’t just be me.

In Hong Kong, I was granted the time and space to create something of my own with no 9 to 5 to contend with, and so Hip & Healthy was born; always with a desire to inspire others to find joy in the journey to become the best version of yourself. What started in my tiny Hong Kong apartment with only my then-boyfriend-now-husband to proofread has now amassed over 4 million readers, 80,000 subscribers, and nearly 100,000 social media followers (if you don’t count the Twitter account that we had grown to 20,000 followers but then got hacked a few years ago – bloody annoying that was!). But that all makes it sound rather easy and seamless, which of course it wasn’t! As they say, you’ve got to take the rough with the smooth, and that couldn’t be more true than when referring to building a business. So here are some of the highs and lows (in no particular order) of the last ten years of running a wellness business, warts and all:

HIGH: Getting Our First BIG Sale

When Hip & Healthy launched it was done so as a magazine – as it is still today, but there was a big chunk of those ten years (five to be exact) where we sold super slick wellness products such as awesome workout gear, cult natural beauty products, yoga mats, trainers, cookbooks – in short, we were a one-stop-shop for all your wellness needs. It is true that you never forget your first sale (it was a pair of Splits59 Leggings that we had imported from LA) but even more memorable for me was the time we made a big sale – I was walking down the King’s Road, having just decided with my one colleague, Molly, that it was too sunny to go to yet another business fair in Excel (I had been to a few by this point!). It was a Friday and just as I was about to board the bus back to H&H Headquarters (my flat in Fulham), when I heard the PING on my phone, and a notification saying a customer had bought over £400 worth of wellness kit. What joy!

LOW: The Event Venue From Hell

Pre-pandemic and especially in our early days, Hip & Healthy ran loads of fantastic wellness events. However, there was one particular event run in conjunction with one of our most loyal clients that turned out to be utter hell. Less so for the guests (although the girl that got glass in her foot may disagree), as the content of the event was still great but behind the scenes, it was an utter nightmare. It started with us turning up to the venue to find it locked with nobody there – after a few frantic calls, it became apparent that the venue manager was still drunk from the night before and so sent a colleague that had no idea about our event to let us in. Once in we were shown to the room where the Barre class would take place – it was covered in shattered glass from the night before and stank of booze. The chef who we had agreed the menu with and took us through a tasting of the vegan brunch we were to serve never showed either and instead we had some temp kitchen staff that was called in at the last minute and seemed to not know a single recipe we had decided on – when I saw them pouring shop-bought Innocent smoothie into jugs that we had pre-decided were going to be filled with an immune-boosting homemade H&H special smoothie before I nearly had a meltdown. The speakers didn’t work; the staff that were there were rude and unhelpful; we had to refuse half of the dishes that were coming out of the kitchen as the chefs had ignored that we had requested for everything to be vegan – it was a nightmare! Amazingly, the H&H readers were super kind on social media and raved about the event but I cried all the way home.

HIGH: Launching a Sell-Out Pop Up Store on Elizabeth Street at Christmas

Because we are a digital product, I get a huge kick out of creating something physical where we can interact and engage with our readers and customers. All our Pop-Ups were successful but the first one we did on Elizabeth Street, in Chelsea was a roaring success. Probably down to great timing (we launched in November) and some fantastic stock but also the amazing salesmanship of the team.

LOW: Bringing My Newborn Baby to the Office (spoiler alert – he cried the entire time)

I was one of the first amongst my peers to have a baby and this meant that I had literally no clue what I was doing. I was back in the office two weeks after giving birth and just assumed that bringing in my newborn son would be easy – I pictured him sleeping in his pram next to me as I responded to emails and held meetings – however, my son had other plans. He cried so much that I had a complaint from an office next door – and it was honestly one of the most stressful times of my life. The harsh reality that bringing a newborn to work wasn’t conducive to business meant I had to come up with another plan fast – so I quickly took 6 weeks of working from home and found a heavenly nanny to help me with the transition back into the office!

About halfway through the Hip & Healthy journey, I realised that in order to run a successful, flourishing store we need capital and at the rate we were growing, we needed it fast. At the time I had a mentor called Jenny (shout out to Jenny by the way who I’ve not seen for some time and miss very much and was unbelievably helpful in the early H&H days) who introduced me to someone she knew who invested in businesses. I prepared a pitch deck and budgets and forecasts (all completely new to me) and delivered my presentation to an Angel Investor. Instantly I liked him a lot and hoped we would work together but I was told by a lot of people to pitch to a few other people as well, which I did but I didn’t have the same chemistry with them and everything in my gut told me to go with that first Angel. And thank goodness I did as he has been a huge guide and support to me over the years. I have heard some horror stories from friends that took investment from firms and people that regretted it later and I can hand on my heart saying taking investment from my Angel was and is still one of my best decisions.

In 2019 we closed the store element of the business. This was a very hard decision but the truth was we just were not able to keep up with the huge corporate giants that were now selling wellness products alongside all the current beauty and fashion items they were already selling. When we started the store we were one of the first to give activewear and wellness products their own online platform here in the UK. Soon after our launch we started to see competitors come into the market and at first this really irked me and, if I am honest, intimidated me too. However, I truly believe that these competitors that flooded in shortly after us were one of the best things that happened to Hip & Healthy as it challenged us to stay ahead of the game, to stay true to our brand and most of all to keep innovating and give love and focus to the elements of our brands that kept us different – like our content. I was once told that buyers for bigger brands with deep pockets looked to Hip & Healthy to spot the new activewear designers and discover cult wellness products – both hugely flattering and annoying at the same time! Also, rising costs of shipping and duties were killing our margins and so it was in early 2019 that we closed the store. What was super amazing about it though was I was able to keep the entire team – everyone’s job shifted in nature a little but ultimately they are even happier doing what they do now. AND we managed to do this pre-pandemic as I genuinely think that if we hadn’t made the decision to close the store, Hip & Healthy might not have been able to survive the pandemic (let alone thrive as a business during 2020). Huge life lesson there – sometimes letting go can lead you down even better paths.

Since we let go of the store and came back to our original business model – the online magazine – it has been thrilling and rewarding to see the business grow from strength to strength. And full disclosure – magazines are my thing – as in I LOVE them and I LOVE content. These past ten years in the wellness industry have been so exciting. There has been so much that has changed – we’ve been able to use social media to our advantage, wellness tech is now a thing, and restaurants cater for all sorts of dietary requirements. Marketing budgets within the wellness industry are so much stronger now than they were ten years ago allowing us to embark on some incredible partnerships and our readers are so much more aware of the importance of self-care and mental health. I have had the pleasure of starting out with industry insiders such as Ella Mills of Deliciously Ella, Madeleine Shaw and my own sister Naturally Sassy! What a ride it has been – and I can’t wait to see what the next ten years will bring!

Hip & Healthy over the decade… 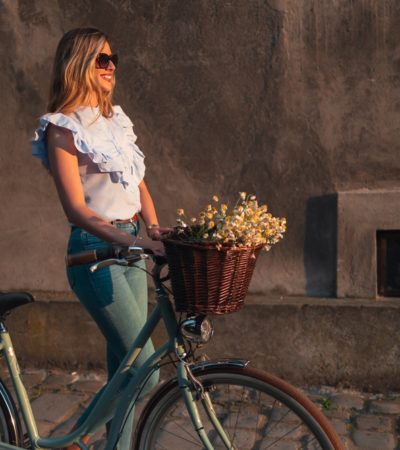 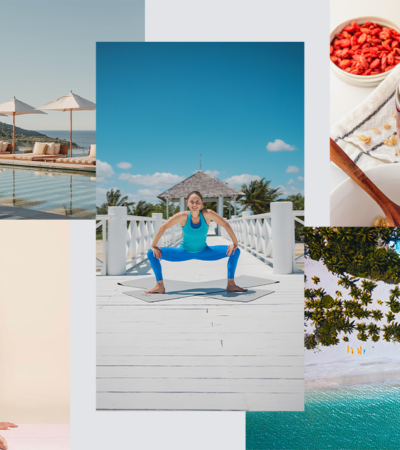 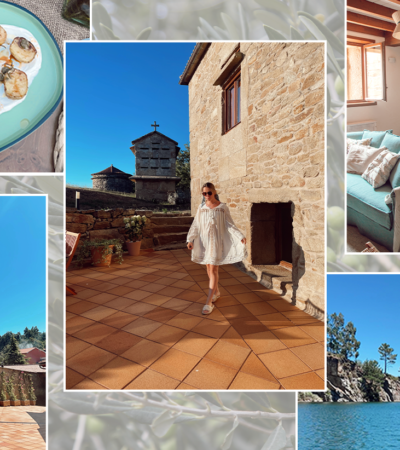 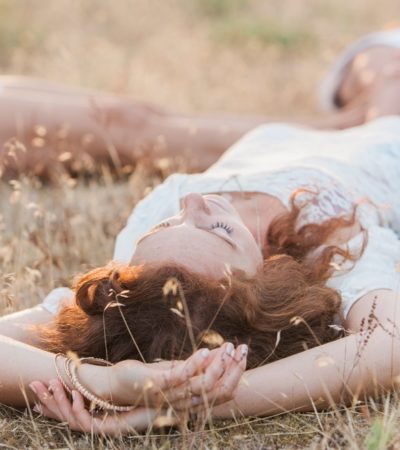 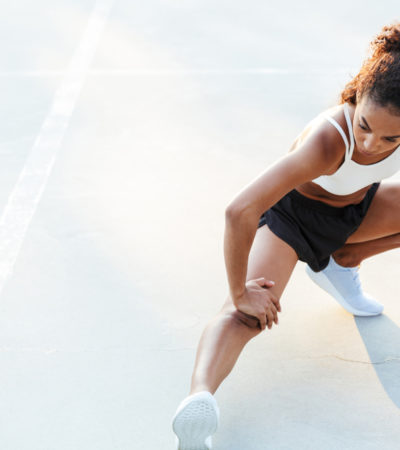 Fitness Supplements… Are They Worth it? 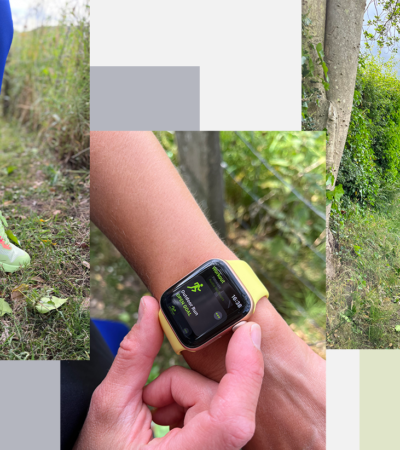 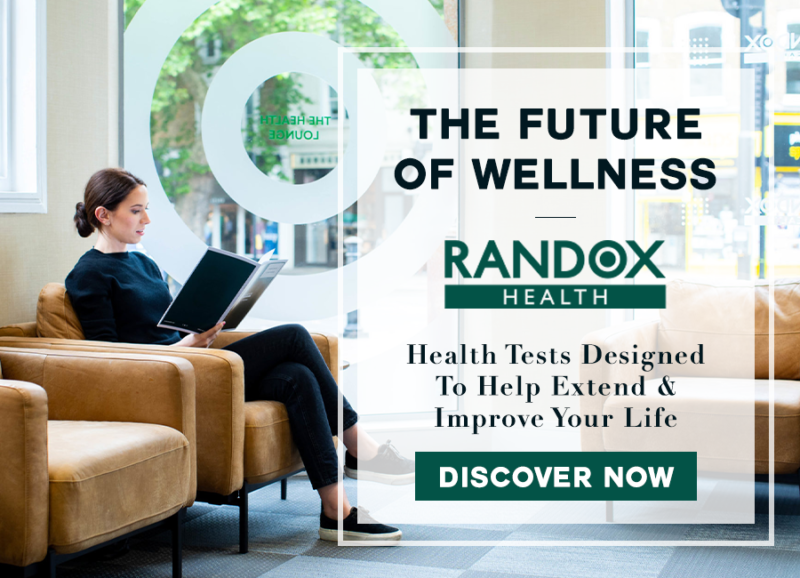