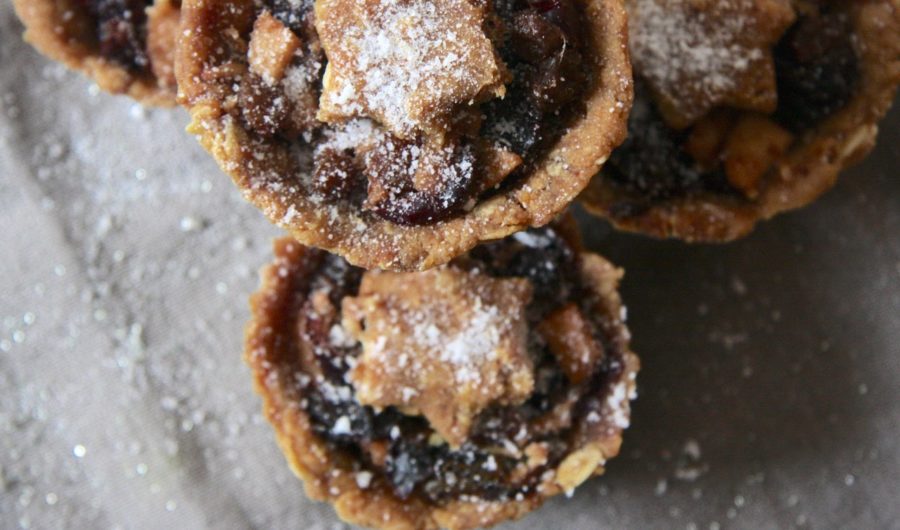 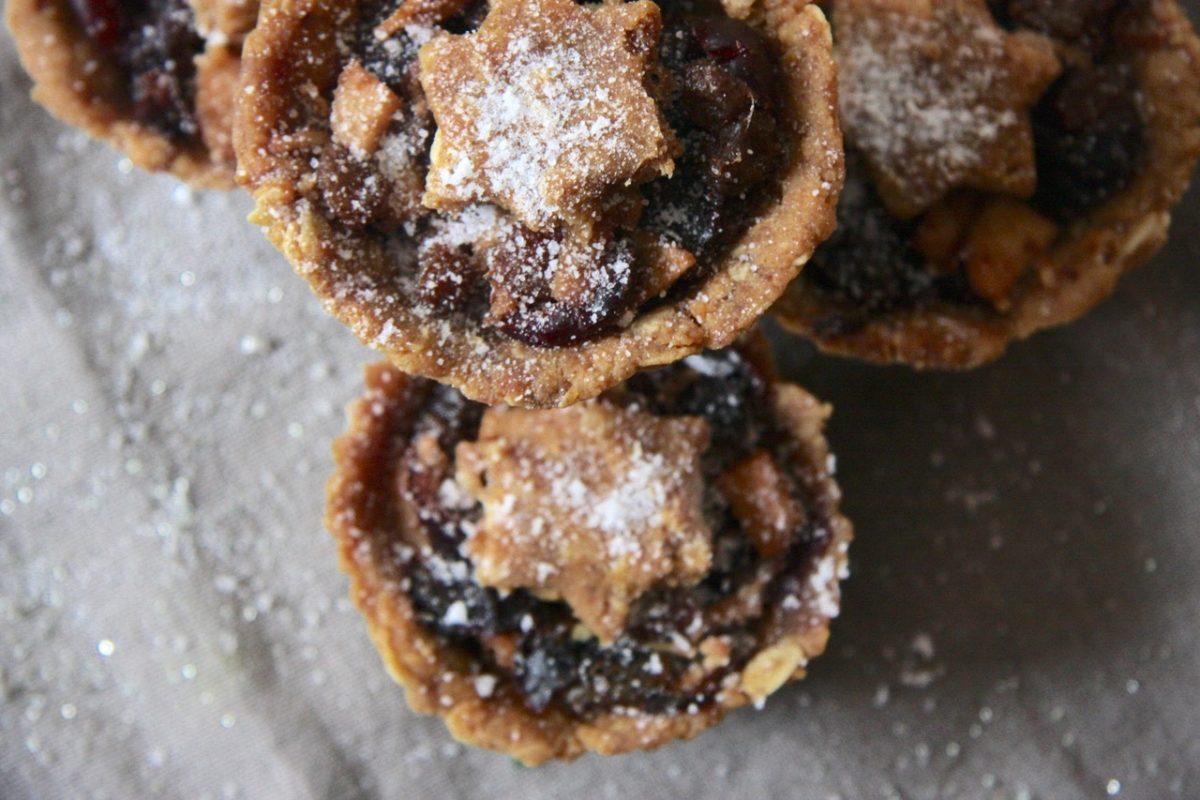 These fudgy vegan mince pies by Mira Manek are made with chickpea flour, filled with a sultana, apple, cranberry and prune filling, infused with spices and hints of orange. A hearty delicious pie naturally sweetened, easy to make and using the versatile chickpea flour that happens to be gluten-free!

Start by making the mince. Place the apples in the saucepan first, squeeze the orange and lime and grate some of the orange zest into the pan. Stir and let the apples cook for a few minutes, then add the rest of the ingredients and keep stirring. Let this cook on low heat while you make the crust for the pies.

You will need to continuously stir the chickpea flour mixture for around 15 minutes on low heat until the mixture starts to thicken and you notice the colour change very slightly from yellow to orange/light brown. As soon as you notice the colour change, add the oats and the warmed dates and remove from heat, still stirring vigorously until the dates start melting into the mixture. Let this cool down until it is cool enough to be able to handle it. You can remove the mince mixture from the heat and let this cool down now. Using a fork, gently mash the mince mixture so that it becomes more sticky.

I prefer to use silicone cupcake moulds for these mince pies as it is much easier to remove the mince pies from them later. If using a muffin tin, then grease each tin with coconut oil. Mould the mix into individual tins and then cut the remaining mixture into stars or whichever shape you like (I used star moulds) to then go on top of the pies. Fill the mince mixture into the individual pies, then place the star shapes on top and place in the fridge. 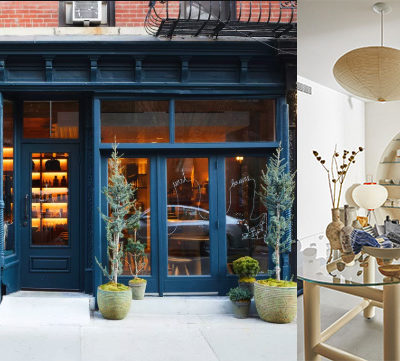 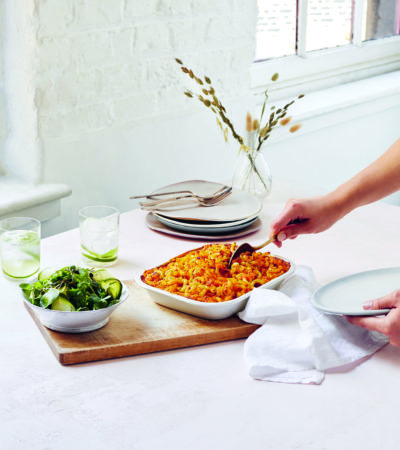 Shake up snack time with these cucumber & salmon s

New to using hair oil? @bysarahlondon have got all

Join me @sadie.Reid on my morning routine! Never s

The Queen: A Nation Mourning And How To Deal With Your Grief

5 Ways To Reduce Anxiety During The Cost Of Living Crisis

The Best SPFs That Will Carry You From Summer To Autumn