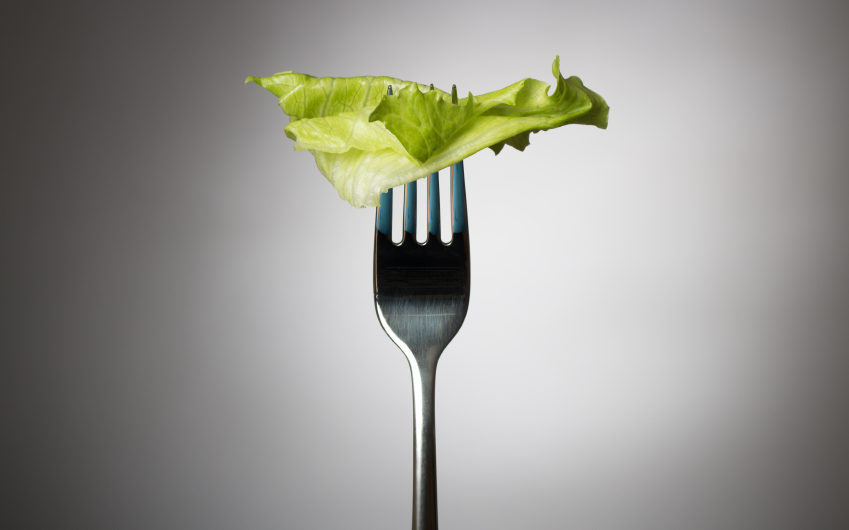 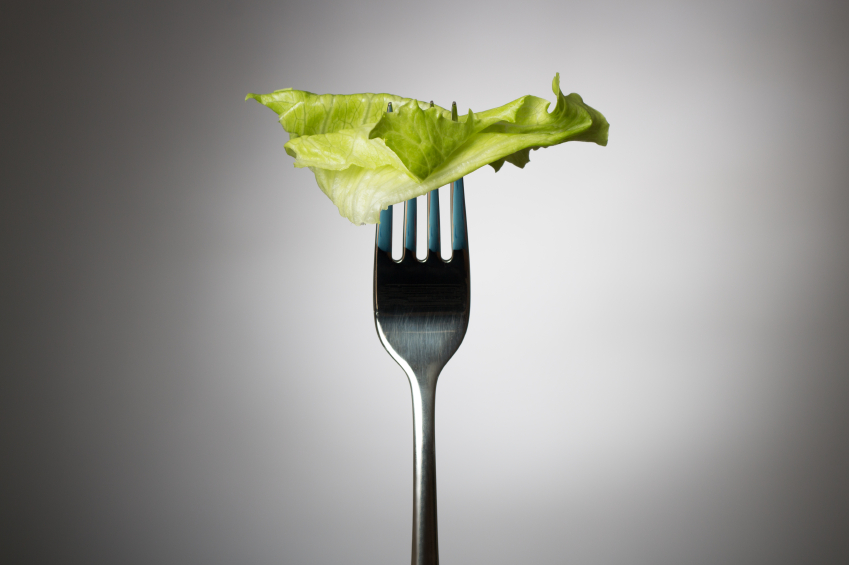 Without your health, you have nothing.  This is the mantra my mother installed in me and something I whole heartily agree with.  For me, the Holy Grail is to have a healthy body and a healthy mind. My mother has a hereditary cholesterol problem, a faulty gene which means her body is unable to break down cholesterol in foods.  My grandfather died at the age of 44. He was a seemingly fit and healthy individual but with an undiagnosed heart condition.  I sadly never had the chance to meet him.  It is due to my family history of heart disease that I grew up with an emphasis placed on health and healthy eating.  Food is a habit, learned from childhood and luckily for me, my mother carefully prepared and cooked healthy food so that now, I in turn eat well.

That said, my eating well certainly doesn’t mean dieting!  I live to eat and I eat, A LOT.  I have practically made it my mission to eat my way around London, sampling the huge variety of foods the city has to offer.  I won’t go without food for more than a few hours and I maintain a surplus of snacks on my desk for those mid morning and afternoon munchies.  Let me clarify, these are predominantly healthy snacks like avocado and oat cakes, nuts and raisins but I will happily tuck into cake or chocolate when they arrive in the office (which they often do).  My view of healthy eating is to eat good, nutritious food the majority of the time but always include little treats.  And most importantly to never, ever skip a meal!  I believe that as soon as you start skipping meals, your blood sugar levels crash which sends you running to the biscuit tin seeking out high fat, sugary foods.  Plus, eating keeps your metabolism high.  And of course a healthy body would not be complete without exercise and I exercise most days.  This has worked for me and my weight has stayed roughly the same since leaving school.

Last summer, I like the rest of the nation was gripped by Olympic fever, rushing home to catch up on the action that day.  However there was one non-Olympic programme that managed to capture my attention and that was Michael Mosley’s ‘Eat, Fast and Live Longer’.   For an hour, I was completely transfixed.  This programme literally turned my world upside down and has transformed my entire view on healthy eating.  For me, this programme was the health equivalent of the Copernican revolution, utterly changing my whole belief system.

Now where to begin… I will try and summarise as best possible but please do watch the programme as it truly is fascinating and I won’t be able to describe with his scientific knowledge.

Mosley’s theory is based on the principle of intermittent fasting which is deemed as supremely good for the health of the body.  It is based on the way our ancient ancestors ate, the hunter/gatherers who would kill food, gorge and then be faced with long periods of time without food.  It is primal, a basic animal theory.  Yet it is how our bodies have evolved to function best. Our bodies were not designed to eat constantly hence the soaring obesity levels in the world. It is through limiting calorie intake that we actually increase our longevity and health.  ‘That which does not kill us makes us stronger’.  Back in the caveman day, we had to be alert and focused to hunt and catch food at we were doing this when we were at our most hungry, a theory which dictates that when we are hungry, we act at our best.

Moreover, when we fast, our bodies switch into ‘repair’ mode. It stops trying to grow cells so it focuses all energy on repairing – basically breaking down old and tired cells in a recycling process. This therefore increases our longevity.  The science behind it is compelling as shown in experiments with mice. Mice who were put on a fasting diet far outlived their fellow non-fasting mice. They also had a dramatically reduced risk of diseases such as heart disease, cancer stroke and Alzheimer’s.  When we eat, our insulin levels are raised and we are kept in a fat-storing mode. It is only by fasting for a few hours that our insulin levels drop, taking us out of the fat-storing mode and into a fat burning mode. Certainly useful knowledge in the fight against obesity.

In order to obtain the benefits of fasting, without having to fast for long periods of time, Mosley has come up with a feasible plan of fasting for two days a week. The 5:2 plan as it is now known. This plan is to restrict your calorie intake to just 500 calories for two days of the week (600 for a man). You can then eat normally for the rest of the time.

After watching the programme, I felt completely shocked. I couldn’t believe that all I’d been told about healthy eating wasn’t actually true. We aren’t supposed to eat all the time!!  I thought I was being healthy by never letting my body go hungry.  As it turns out, I’ve merely been accelerating the ageing process and the likelihood of disease. I had to change my eating habits.

Now, until a couple of weeks ago, I didn’t feel ready to commit to Mosley’s fasting. I was still in shock, still a little scared to change my eating habits of the past 30 years. And I was terrified of feeling hungry – how would I cope?  I was secretly waiting for a counter argument or to find out the programme had been sponsored by a fasting advertiser (who it would be I had no idea and unsurprisingly neither concerns have come to light).  However I did want a bit more guidance and then I discovered Mosley had written a book, putting his findings into practice and revealing how anyone could fast in their normal, everyday lives.  This was what I’d been waiting for. I read the book in one sitting and resolved to attempt my first fast the following Sunday.  I chose Sunday and Tuesday as my first fast days.  Mosley doesn’t tend to recommend weekends but my work involves eating out quite a bit so I thought it would probably be easier on a Sunday.  Also, that particular Sunday I was off to see Les Mis in the middle of the day, over lunchtime. This actually worked out perfectly as once I’d got over the smell of the popcorn, I was completely engrossed in the film to think too much about my hunger pangs.

And actually my first fast went pretty quickly. For breakfast I had porridge, made mainly with water with a little semi skimmed milk plus strawberries and raspberries. I didn’t eat again until the evening and I had 2 poached eggs, spinach and smoked salmon. The Tuesday fast was much harder, being at work I missed my snacks!  Luckily one of my work colleagues is also following the fasting plan and even though she wasn’t fasting that day, she helped to keep me motivated.

I think the key is to be prepared, to work out exactly what you’re going to eat and buy it beforehand. Believe me, you don’t want to find yourself wandering around the supermarket aisles looking for food on an empty stomach! And choose your calories carefully, I would forget smoothies/lattes as these are packed with calories and you won’t be able to eat much else. My Tefal vegetable chopper has been in constant use, I grate up vegetables such as carrots and courgettes to create a base for my salads. Try and ‘jazz up’ your veg or salads with fresh herbs as the majority of which don’t have any calories. I also add chilli for an extra kick and lots of lemon and lime. My saving graces for a fast day are sparkling water with cucumber and/or lemon plus herbal teas. Keep drinking and find non-related food activities to focus on even simply things like having a bath or giving yourself a facial take your mind off food.

I am now on my second week and to make things a little more difficult I am fasting on consecutive days, which isn’t generally recommended as it’s so much harder.  But these are my only days without any food related commitments plus I’m off to Brazil in five days so hopefully it will be motivation enough!  Through sheer will power I will make sure I succeed. I am determined to do this for the next four months by which time I’ll write again and let you all know how I’m getting on and if I’ve noticed any benefits.

Read about the results here! 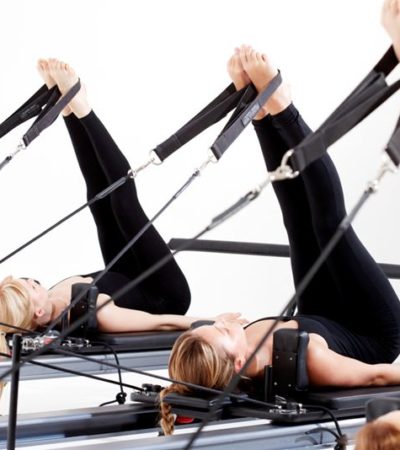 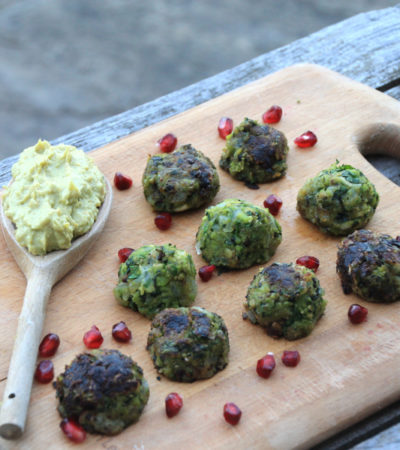