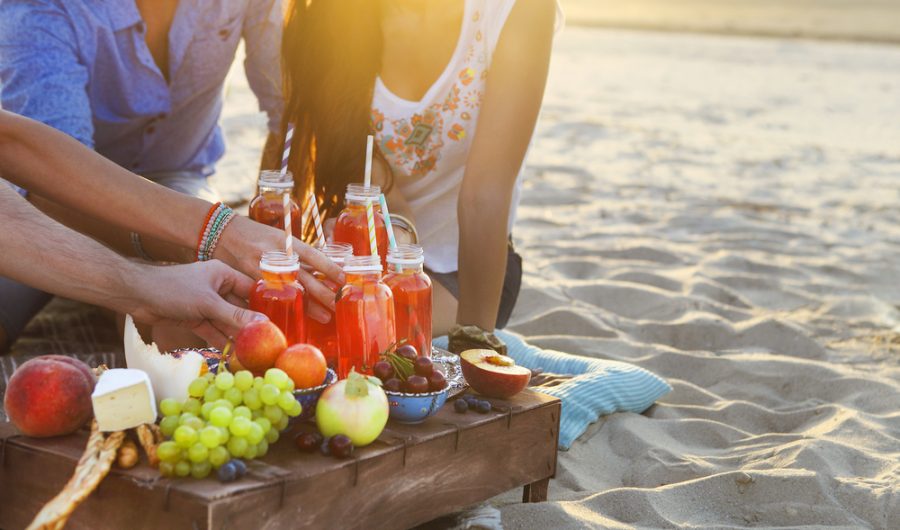 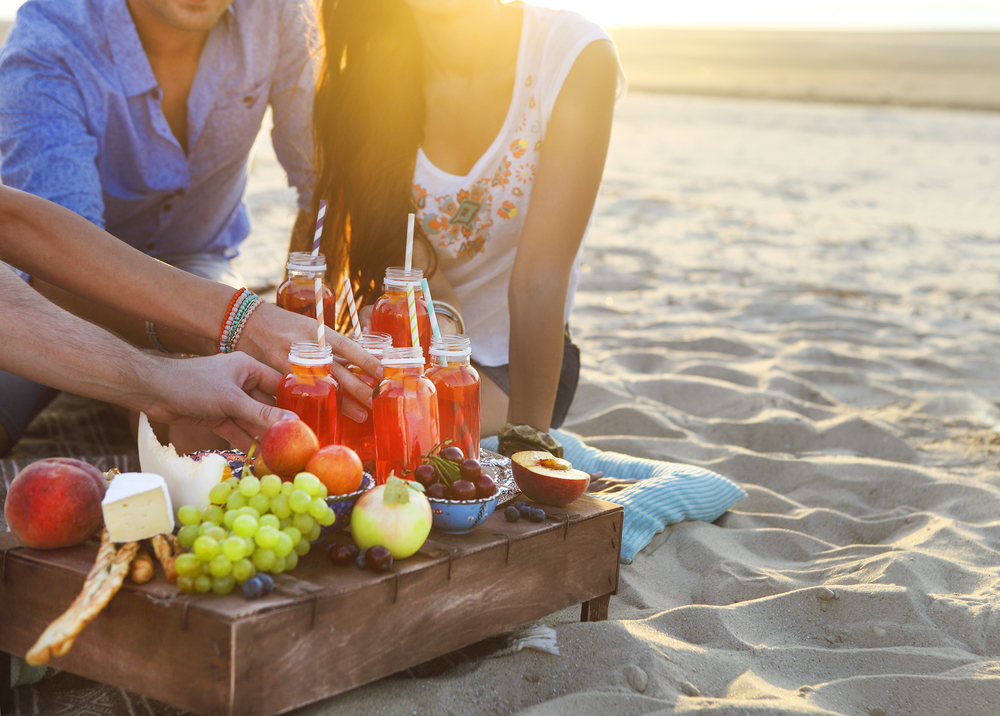 Boozing is one of our nation’s most popular pastimes. A survey in 2014 showed that almost 60% of the UK population had drunk alcohol in the previous week; and earlier data suggested that almost a quarter of UK adults were drinking to ‘hazardous’ levels – defined as likely to cause harm to that person.

If you’ve ever woken up with a horrendous hangover – and an empty wallet – you’ll be familiar with at least some of the negative effects of drinking! There’s also a growing awareness of some of the long-term consequences of regular boozing: as well as liver disease, it can bring increased risk of weight gain, diabetes, heart disease, mental health problems, and even cancer, amongst others.

And with a growing number of celebrities going teetotal, it’s becoming more acceptable to say no to alcohol. So have you considered the possible benefits of quitting the hard stuff? Here are ten to get you started.

More energy
Alcohol can kill your energy in multiple ways. As well as giving you a hangover, it affects the quality of your sleep (see the next point), making you feel more tired the next day. It puts extra strain on your liver, one of whose tasks is to store and release glucose for energy. It can also deplete your body of vital vitamins and minerals that help convert food to energy, such as vitamin B1 and magnesium. Cutting the booze helps all these processes return to normal, and should help bring back your natural energy and vitality.

Better sleep
Yes, having a few drinks can knock you out. But it’s actually bad news for how well you sleep. Your shuteye is more likely to be disrupted in the second half of the night. And the amount of time spent in REM sleep – the phase most associated with dreaming – may reduce too. All this makes your sleep less restorative, so even if you’ve been in bed for eight hours, you’ll feel unrefreshed and foggy-headed the next day. Ditch the drink and see how much better you can feel when that alarm goes off in the morning!

Feel happier
Did you know alcohol is actually a depressant? Although it can have a short-term mood-boosting effect, its long-term effects can be negative. It can disrupt levels of neurotransmitters in the brain such as serotonin – the ‘happy hormone’ – leaving you more prone to depression and anxiety. So, if you drink to ‘drown your sorrows’, consider that abstaining might actually be a better choice for your long-term mental health and wellbeing.

Improving your performance at work
By improving your energy and focus, cutting down on alcohol can also boost your productivity at work. In a small study of 14 people who were moderate drinkers, those who gave up alcohol for five weeks reported an average 18% improvement in concentration.

A better sex life!
You may feel friskier after a couple of glasses of wine. But in the longer term, drinking more than the recommended weekly limit of 14 units can cause problems for both men and women in the bedroom. It can affect men’s ability to achieve or maintain an erection, and women’s ability to orgasm. It can also reduce libido in both sexes. If you want to perform better, or enjoy sex more, you could benefit from at least reducing your alcohol intake.

Healthier weight
Have you thought about how many calories you’re consuming just in alcohol? A large glass of wine can contain over 200 calories – around the same as two large slices of bread, or half a big bowl of pasta. This means that a bottle of wine can ‘cost’ you the same in calories as eating an extra full meal. The result over time can be potentially harmful, unwanted weight gain.

So if you have a few pounds to lose, then cutting out alcohol could be the key ­– and make fat loss effortless! Former Emmerdale star Lisa Riley credited giving up booze for helping her to shift 10 stone in 2016.

Lower blood pressure
Alcohol can be a factor in developing high blood pressure, which is a risk factor for heart attacks and strokes. Cutting down your intake to the advised maximum of 14 units a week (for both men and women) could help lower your blood pressure – or keep it within a healthy range – and reduce your risk.

Clearer and younger-looking skin
Alcohol is dehydrating and can leave your skin looking dry and sallow. It can also deplete vitamins and minerals that are vital for healthy skin, including vitamin C, zinc and B vitamins. It may affect your hormone balance, increasing your likelihood of breakouts. And, perhaps worst of all, alcohol can have an ageing effect on your skin. So, ditching the hard stuff could be your passport to healthier, glowing, young-looking skin. Jennifer Lopez, who looks much younger than her 45 years, partially credits not drinking for her youthful looks.

Save money!
Have you ever flinched at the thought of spending seven or eight pounds on a good-quality free-range chicken or some organic vegetables, yet thought nothing of buying several bottles of wine that cost the same amount? The foods give you much more in terms of nourishment for your body and mind than the wine will. How else could you spend the money you save by cutting out the booze?

Make the most of your weekend
Let’s face it; most of us have done it. We’ve had a heavy Friday or Saturday night, woken up with a hangover, then realised the day – and half the weekend – is already over before we’ve even started to feel human again. Think about what you could do with the extra time (as well as the money and energy) that you’ll gain back if you wake up with a clear head.

So… what can you drink instead?

For a refreshing summer drink that gives you a lift, try making an iced tea with Pukka’s Mint Matcha Green tea bags. Let the tea cool down and add ice, with a bit of honey to sweeten. You could also add a few fresh mint leaves if you have some to hand! As well as being alcohol-free, your iced green tea will be low in calories and sugar, and give you a boost of antioxidants too. If you’re hitting up some late summer festivals, try Pukka’s new Eco Bamboo Travel Cup! Made from the world’s most sustainable crop, pesticide-free bamboo fibre, these little bamboo beauties are reusable and the easiest way to enjoy your fave Pukka cuppa on the go! 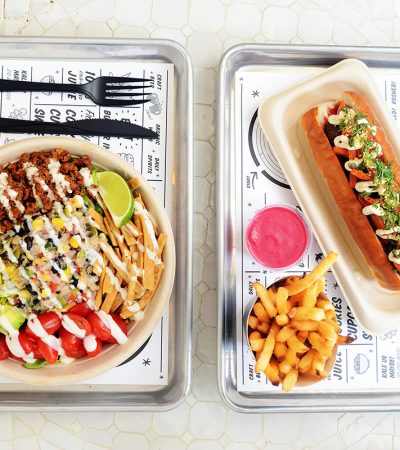 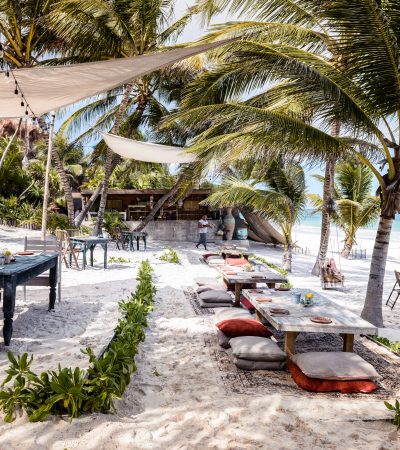