Established 12 years ago, BMF has become one of the most popular and well-known boot camps in the UK, they run over 400 classes every week in over 100 parks and outside spaces in the country and are one of the most cost-effective and physically effective camps that we have experienced. Run by either serving or ex-military members they know how to put a vast group of people through their paces, from die-hard fitness fans to exercise virgins the groups are split up into different fitness levels so that you know you are training with like-minded partners. The expert instructors push you to your limits with varied military style exercise routines; expect squat thrusts, burpies, press ups and sit ups. Unlike other camps, your belongings are safely stowed in the conspicuous BMF van so that you have the freedom of the whole park to roam around in. Each exercise is normally punctuated with a short burst of running or sprinting so you will easily find yourselves covering a large area of the park in no time. Contrary to popular belief, there is nothing scary or intimidating about BMF, the instructors will push you and this does involve a significant amount of hollering, however the classes are highly motivating and most of all, fun. Everybody clearly enjoys their sessions greatly, not only do you meet someone new at nearly every session, but the knowledgeable instructors change around frequently, meaning that the classes and routines always remain fresh and exciting.

We went to the Clapham Common classes but there are many all over the country, to find your nearest class go to www.britmilfit.com and try your first session completely free!

Created by the eponymous Gavin, the Gavin Walsh Boot Camp had so many glowing reviews and testimonials that we had to try it for ourselves and we were not left disappointed. After studying fitness trends in the US, Gavin decided to bring his knowledge to the growing popularity of fitness boot camps here in the UK, with the ethos that getting fit and healthy does not require any fancy gym equipment; just an outdoor space and the force of your own body weight, oh and a healthy dose of self-motivation (helped along by motivating and enthusiastic emails from Gavin himself along the way!). Combining the expertise and benefits of one-to-one personal training with the camaraderie and motivation you gain from exercising in a group environment is what makes Gavin’s camps so successful. These camps are not just drop in classes when you feel like it, you sign up and commit yourself to the entire month long camp, consisting of three one-hour sessions per week with either pre-work or post-work slots available. The groups are small, with at most about 15 people and at the least about 5, your instructor is consistent throughout the month, giving that real personal trainertouch and the other participants can become firm friends, often exercising or entering competitions/races outside of the camp. The first few classes did seem easy, as a fair amount of technique training was needed to get the group up to speed with each other, performing the perfect squat e.t.c which of course took time to master. However, once this basic training was completed the camp came into its own and the sessions proceeded to get harder and tougher. We started to notice real results after the first two weeks and by the end of the month felt fitter, leaner and healthier than we have done for years. It gave us the motivation to sign up to the next month immediately, which nearly all of Gavin’s customers do.

We took part in the Hyde Park morning sessions on Mon, Wed and Thurs at £99 for the month. For more information go to www.thebootcamp.co.uk

One Element – Train in the Park

‘Train, Reset, Repair and Relax’ – this is the holistic approach that One Element empower their customers with, the notion of challenging yourself, training hard and subsequently relaxing afterwards was a logic that certainly appealed to us. With one hour sessions in your local park, the classes take on a 12 weekly cycle, designed to meet a specific training need so that you become healthier, leaner and stronger over time. You can even track your progress through the website with the help of their ’25’, ’50’ and ‘100’ class milestones – helping you tangibly measure your fitness goals. The classes, dependant on where you train, are small, so that you get the attention you need from your instructor. The instructors themselves are highly trained and many of them are in fact local sporting heroes -such as Alice, our trainer, who is in the England Rugby Squad, very impressive. The age range spans many decades, members vary from 16 to 60+, meaning the encouragement and team spirit is in abundance, with all fitness levels catered for and considered. As well as regular circuits (after a more than tough warm up) the classes sometimes involve a team sport such as tag rugby or football. This was beneficial not only for team bonding purposes but to banish clock-watching, after one or two intense (but friendly!) games of tag rugby, the time flew by and the class was at an end. Getting fit without even realising is always a bonus!

We trained in Fulham twice a week, but to find out more, including corporate or one-to-one training, go to www.one-element.co.uk

Delivering what they say on the tin, 1000 Calorie Boot Camp aims to burn this many calories in a 90 minute session, and, as they were offering a two week trial for all new members, we thought we should put this claim to the test. The company strive to make burning 1000 calories an overall fun experience in a friendly environment and they certainly manage to achieve this, Felix Deer, the company founder and the trainer who took our classes has confessed many times to hating P.E. at school and after his army training wanted to put the fun into getting fit. Many of the local members have been coming for years and the atmosphere reflects this loyalty. After a taxing warm-up, we thought that the rest of the session was going to be just as intense, however, Felix mainly incorporates games into his sessions, splitting the large group up into smaller groups and completing a selection of tasks such as throwing a giant tractor tyre down the length of the park or playing a slightly more complicated version of British-bulldog. The class then ends with some partner and core work (which you can really feel the next day). We would highly recommend this boot camp for people who are just getting back into fitness as the light-hearted environment and games are easy to pick up and take part in. We aren’t sure if we burnt 1000 calories or not, but we had a lot of fun doing it.

We joined in with the locals at the Twickenham group; go to www.1000caloriebootcamp.co.uk to sign up for a two week free trial too! 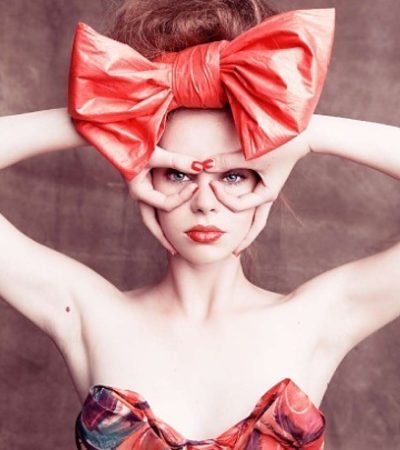 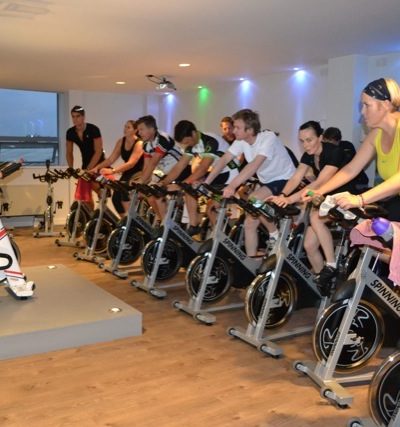