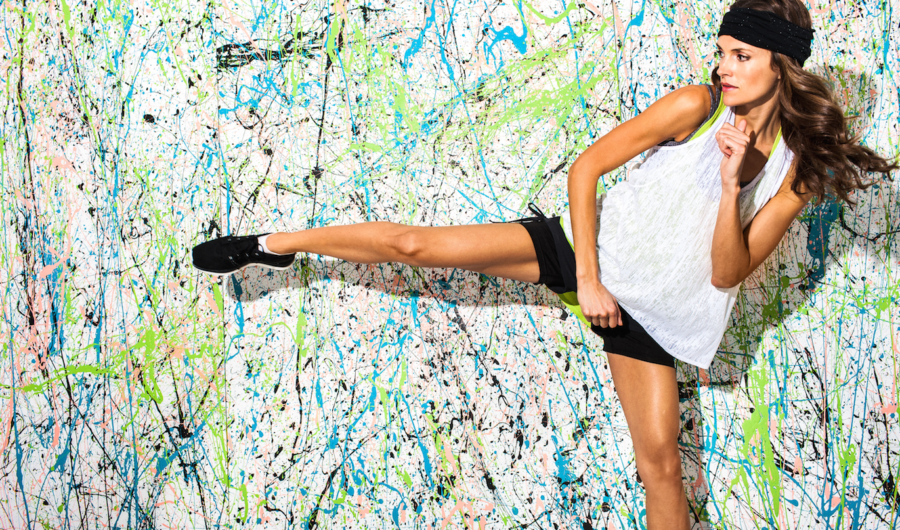 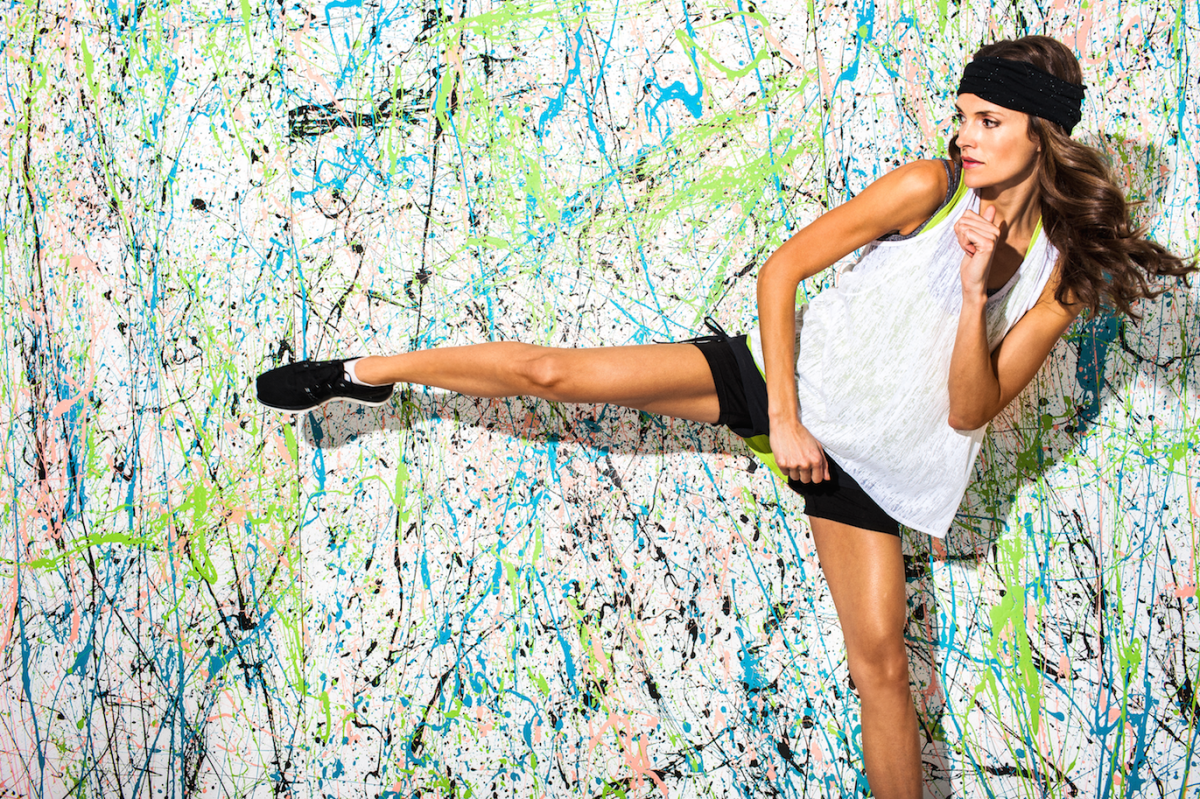 Protein makes us bulky. Protein makes us fat. Protein makes us heavy and muscly and unhealthy. Correct? Well, that’s what many of us have come to believe, thanks to images of hefty bodybuilders chugging down post-workout shakes filled with artificial protein powders that promise to help them gain weight (aka. muscle), quickly. However, this is quite an old-fashioned stigma and despite its negative press, protein is in fact one of the most essential components that the body requires. It is made up of chains of amino acids, which are the backbones of almost every cell in the body and getting enough of them is vital for optimum health. Alice Mackintosh, the renowned nutritionist at The Food Doctor explains that, “the effects of protein deficiency are pretty far-reaching. Your mood, liver function, immunity, kidney health, hormone balance and adrenal function are all things that can become compromised if they don’t get the amino acids they need”. It is integral to every human’s diet and aesthetically, protein promotes a youthful, feminine body and improves vibrancy in hair, skin and nails. As such, the body requires eight essential amino acids that it cannot synthesise itself, and which must therefore be provided through nutrition.

So, why do so many women shun protein from their diets? Many believe that foods rich in protein are high in calories, are fattening and will produce excessive amounts of muscle. However, Mackintosh quashes this common worry in one full swoop, expressing that, “just as fat doesn’t equate to fat gain protein doesn’t necessarily lead to muscle gain”. Women simply do not have enough testosterone in their bodies to build bulk, and the only way of doing so would be to chug down an unnatural amount of protein supplements and shakes (we’re talking four to five a day, not one or two), and by lifting very heavy weights.

Whilst some protein sources do contain a higher amount of calories than others, it’s worth knowing which ones to choose. Protein that comes from animal products such as meat, dairy and eggs provide all eight essential amino acids that the body needs, but they come with a higher-calorie count than other sources. Eating these food-groups in moderation is great, but there is a multitude of other high-protein options to choose from that are just as beneficial. Anti-ageing and fitness nutritionist, Rick Hay presents the idea that; “plant-based protein has been shown to increase life expectancy whilst also lowering the incidence of many of today’s common disease states, such as cardio vascular problems, diabetes and obesity related illnesses”. They also have the added benefit of being nutrient dense and low in calories.

Hay’s advice to consume plant proteins rather than animal proteins could be beneficial in more ways than one. Firstly, plants are alkaline forming, and as we are continuously learning, the human body is predominantly alkaline. According to Hay, feeding the body with acidic animal proteins strip the bones of minerals as the body finds internal sources to maintain an alkaline pH. That isn’t to say to give up animal proteins completely, every piece of advice should be looked at from both sides and giving up something that has been a staple in the human diet for years might seem drastic to some. We would suggest moderating the consumption of animal proteins to three or four times a week.

Muscle does not weigh more than fat

The age-old mantra that “muscle weighs more than fat” simply isn’t a reality. A kilogram of muscle weighs the same as a kilogram of fat – a kilo is a kilo. What the phrase suggests is that the more muscle in the body, the heavier that body will be. This is true, but it doesn’t necessarily mean that that person will be overweight. The main reason for the fact is that muscle is denser than fat. Because of this, muscle takes up less space than fat and by providing the body with sufficient protein, we add to the density of our muscles.

As a result of this, protein can be used as an aid to weight-loss. Michael Tanner, the gym manager at Bodyism (where Rosie Huntington-Whiteley and Elle MacPherson train), expresses that taking protein after a workout is best. He says that, “it’s a real window of opportunity to re-nourish the body. It provides essential amino acids which helps repair damage to muscle incurred through exercise and helps to create lean muscle”.

Muscle burns fat incredibly efficiently and the more we have of it, the more unwanted fat we burn. Therefore we should aim to eat 0.5-1g of protein per pound (lb) of body weight and try to include it in every meal and snack, especially as it is an excellent way of reducing the glycaemic load of a meal. Protein takes a while to move through the digestive system and as a result, we feel fuller and more satisfied for longer, meaning that overeating is kept to a minimum. It also helps to regulate blood-sugar levels resulting in fewer cravings for high-sugar, high-calorie snacks at 11am and 3pm, which are the typical times of day when blood-sugar levels dip and we reach for any pick-me-up. Try Hip & Healthy’s Baobab Bars to quash those mid-afternoon hunger pangs and sugar-cravings.

So, which protein-rich foods are best to eat?

Alice Mackintosh recommends a multitude of raw plant-protein sources such as chia seeds, flaxseeds, sprouted vegetables, baobab and almonds. She suggests that the seeds should be milled to aid in their digestion, and that nuts and other seeds should be soaked overnight for the same reason. For vegans, especially high sources of protein come from blue-green algaue and chlorella, which can be added to smoothies and juices. Brilliant plant-based protein powders include hemp, brown rice, pea protein and sacha inchi. For those who haven’t heard of sacha inchi (and let’s be honest, not many of us have) it is a nut that has been eaten by indigenous tribes for thousands of years (of course) and is beginning to gain some momentum in the Western health-food industry as a new superfood. It is one of the few plants known that is a complete protein that includes all eight amino acids required by the body, it’s an incredibly rich source of omega fatty acids and is very high in fibre and antioxidants.

We cannot stress the importance of eating protein enough, and there is so much scientific evidence to prove its integral nutritional value. If the science isn’t enough, then surely the fact that the word, “protein” comes from a Greek word that means, “of first importance” says it all. Thank you Mr Tanner for that little gem of information, we can’t wait to tuck in.

Image from LIJA (www.lijastyle.co.uk) – Soon to be stocked at Hip & Healthy.

IF YOU ONLY DO ONE THING THIS WEEK: EAT FOR A TONED TUM 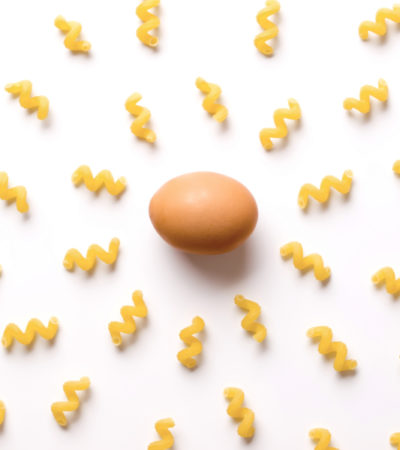 If you only do one thing this week…Boost Your Fertility With These Baby-Loving Foods! 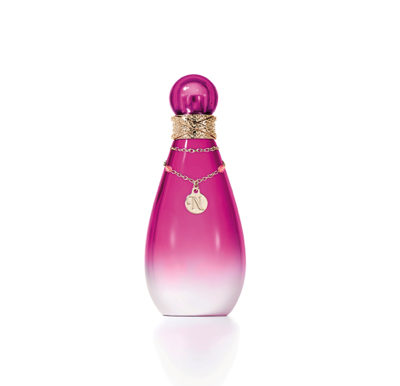 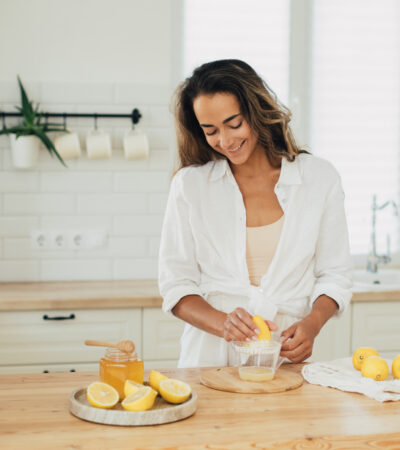