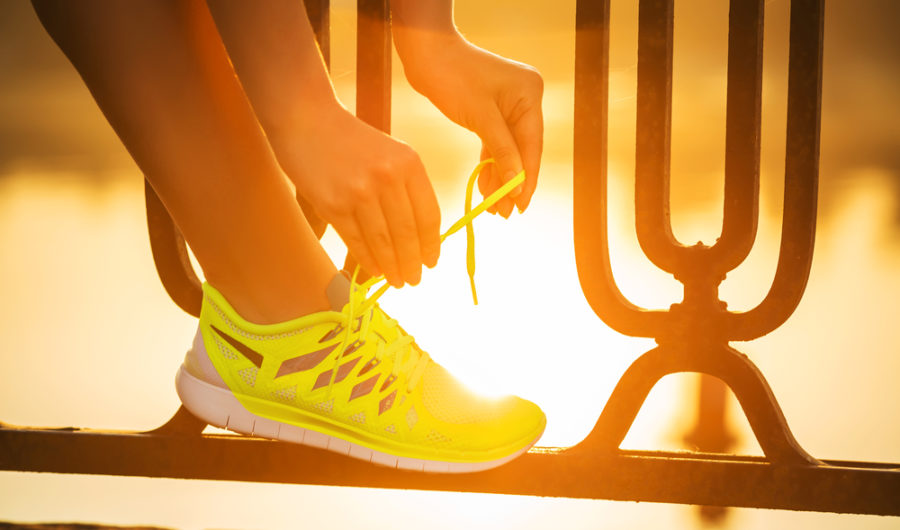 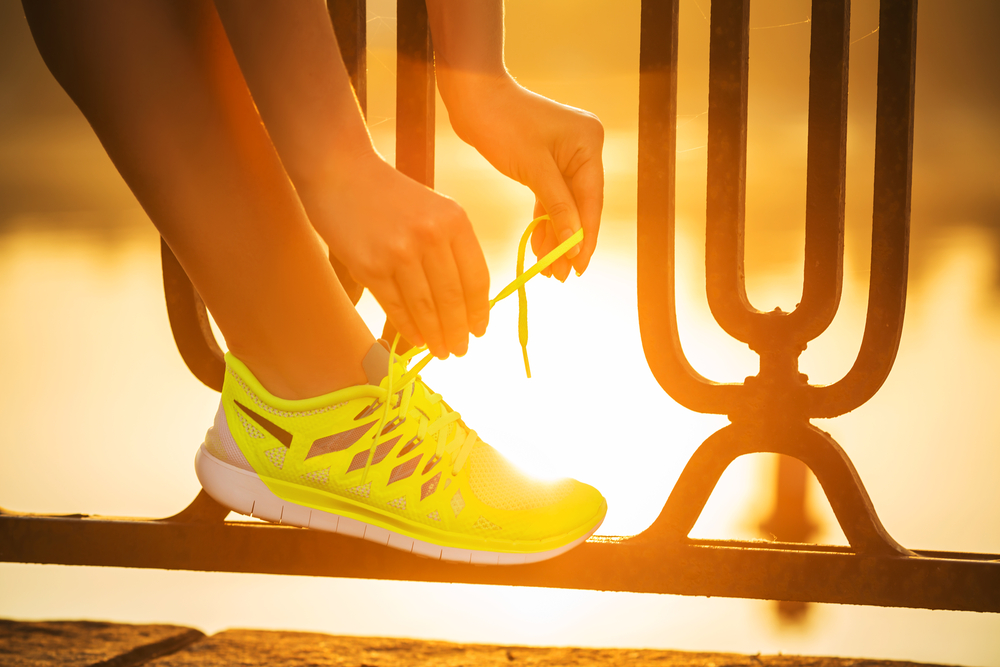 Being totally into all things Wellbeing – January is perhaps our most treasured month. We love the fact that everyone is on a cleanse, that booze drinking is limited (and artfully dodged at those poor souls who’s birthdays are found in this clean eating month) and nothing pleases us more than the sound of the pitter pattering of a pair of new trainers jogging along the pavement. To make the most of it all we have outlined 7 ways you can maximise your January health kick… Enjoy.

From Deliciously Ella’s new cookbook to Plenish Cleanse to yogi, Julie Montagu… Anyone who’s anyone in the instafood world has a cookbook coming out! Take the time to flick through these glorious new healthy cookbooks whether your vegan, gluten free, into juicing or just trying to get inspired. Packed full of some of our fave ingredients, kale, sweet potato, avocado and lemon (to name a few) these books will have you salivating over delicious concoctions that are as good for the body as they are for the soul. You’ll be getting your iPhone out and snapping away at all the heavenly creations you’ll be making. Ones to watch: Madeleine Shaw and Naturally Sassy also have books coming out later this year!

Now we are not usually in favour of things that are so instant but these little sachets of goodness will really get your engine revving in the morning and they are perhaps one of the easiest ways to give yourself a healthy brekkie first thing. Perfect for the time poor! There’s no excuse now not to fit in that extra early morning workout. We love their new mixed berry flavour. All you have to do in the mornings is add water!

After partnering with Reebok in 2010, Crossfit has grown exponentially in the past five years but it is still yet to go mainstream here in the UK. Having said that the popularity of the workout has certainly risen recently with cool CrossFit gyms popping up in London, Surrey and beyond. Frazer Brent who set up the amazingly popular New Wave Crossfit (www.newwavecrossfit.com) says that the recent interest in CrossFit from women is not surprising “women are realising strong is the new skinny and crossfit provides a lean strong physique without the ‘bulky look’ commonly associated with weight lifting by combining different training styles, resulting in consistent weight loss and muscle definition without a treadmill in sight.” Where do we sign up?

Is it a handbag? Is it a sports bag? It’s both and won’t look out of place in either the boardroom or the gym. One of our best selling items over Christmas is the bag that we have all been waiting for. Finally we don’t have to apologise for sweaty trainers or wet towels being dumped in the corner of the office or during a meeting – they have compartments for these. We are particularly impressed with the shallow top section for keys, phone, wallet etc that makes it easy to find all the essentials without having to route around smelly kit negotiating and the wet swimwear! Get yours here!

You pay attention to the skin on your face – but what about your thighs? Or your bottom? Or even your upper arms? These are all areas we focus on in the gym but not so much in the bathroom… Until now. Now you can find products that will work as hard for your skin as you will in the weights room. Mio Skincare launched their range of fit skin products with much success last January and even have a product specifically for yogis called “liquid yoga” which helps keep the skin alert, supple and hydrated. Or why not try ActivBod’s new range specially formulated for those that like to keep fit? It’s time your skincare worked as hard on your body as you do don’t you think?

At the end of the Summer we went to a very interesting talk led by Nutritionist and foodie guru, Vicki Edgson, all about the benefits of activating our grains, beans and even nuts. Although it sounds like a hassle, it’s really not and could be incredibly beneficial to your health. This is because nuts, grains and legumes all contain something called antinutrients which make it hard for our body to digest them and they don’t allow all the goodness from the plant to be absorbed as it should be. By soaking the plant in water before cooking or eating, it will break down the antineutrinos making it much easier on the tummy. This is something that everyone did centuries ago, and we seemed to have lost the knack for germinating the food before we eat it… we think it’s time to bring soaking back.

Use Charcoal (the new superfood?)

Charcoal is more and more being used as a detox tool. We asked, Nutritionist, Alice Macintosh, why it is becoming so popular, is it actually safe and how does it work? ” Activated charcoal (which is a safe medicinal version of charcoal, as supposed to the stuff you burn on the BBQ) is a chelator, meaning that it has the ability to bind certain elements to its structure and carry them out of the body. This can be useful when there are higher than normal levels of toxic metals such as arsenic, cadmium and mercury in the body, which is surprisingly common for many city dwellers.” But it is not always as easy as that… “Though charcoal is an exceptionally good chelator, it can have quite powerful effects when ingested, some of which aren’t entirely safe. Firstly, it can bind to other essential minerals we need in the body (such as zinc, iron, calcium and selenium), putting us at risk of deficiency. The other factor to consider is that by nature toxins are harmful, meaning that the body ensures they aren’t able to circulate and cause damage. Ingesting charcoal can draw these toxins out quickly which can leave you feel awful. Removing toxins from the body is therefore something that should be done with extreme caution to prevent it causing more harm than good.” Alice also suggests that when detoxing you must always help and support the liver with necessary supplementation.

Hailed for being one of the most efficient ways of ridding the body of any toxins, not to mention those few extra pounds that shift with it, a juice cleanse is the perfect post-party detox ritual. There are loads of great ones to choose from and it’s best to shop around to find the one that suits your needs. We love new cold-pressed juicing company PRESS. With a handful of locations scattered across London and offering delivery all over the uk before 10.30am (and in London 9am), PRESS believe that a cleanse is not to starve the body but to bring it back into balance. Having learned their trade in LA, PRESS founders Ed and Georgie, created the UK’s only cold-pressed juice brand to make its juice in a custom-built, cold-kitchen which slows down the process of oxidation and degradation of nutrient content so you end up getting a far better quality, fresher and better tasting juice. http://press-london.com 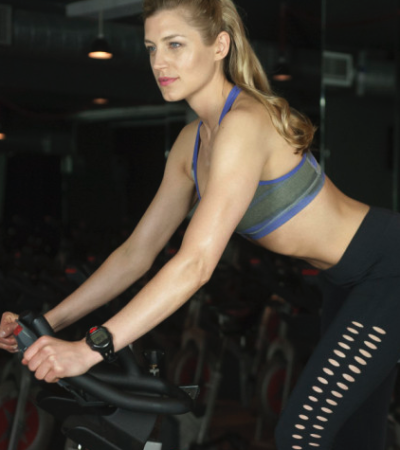 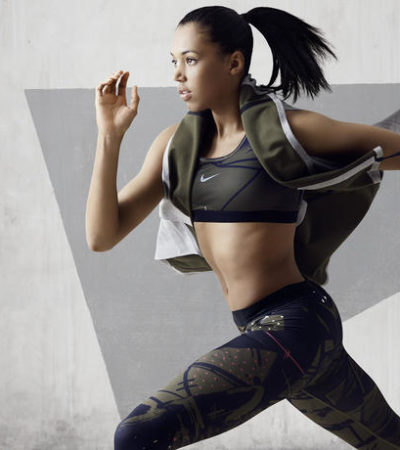 The Best Health & Fitness Gadgets You Need To Use In 2015!