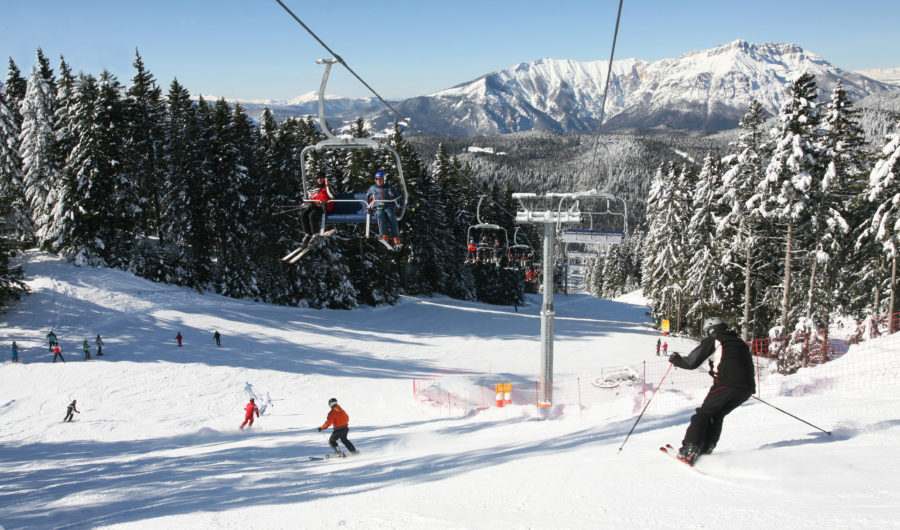 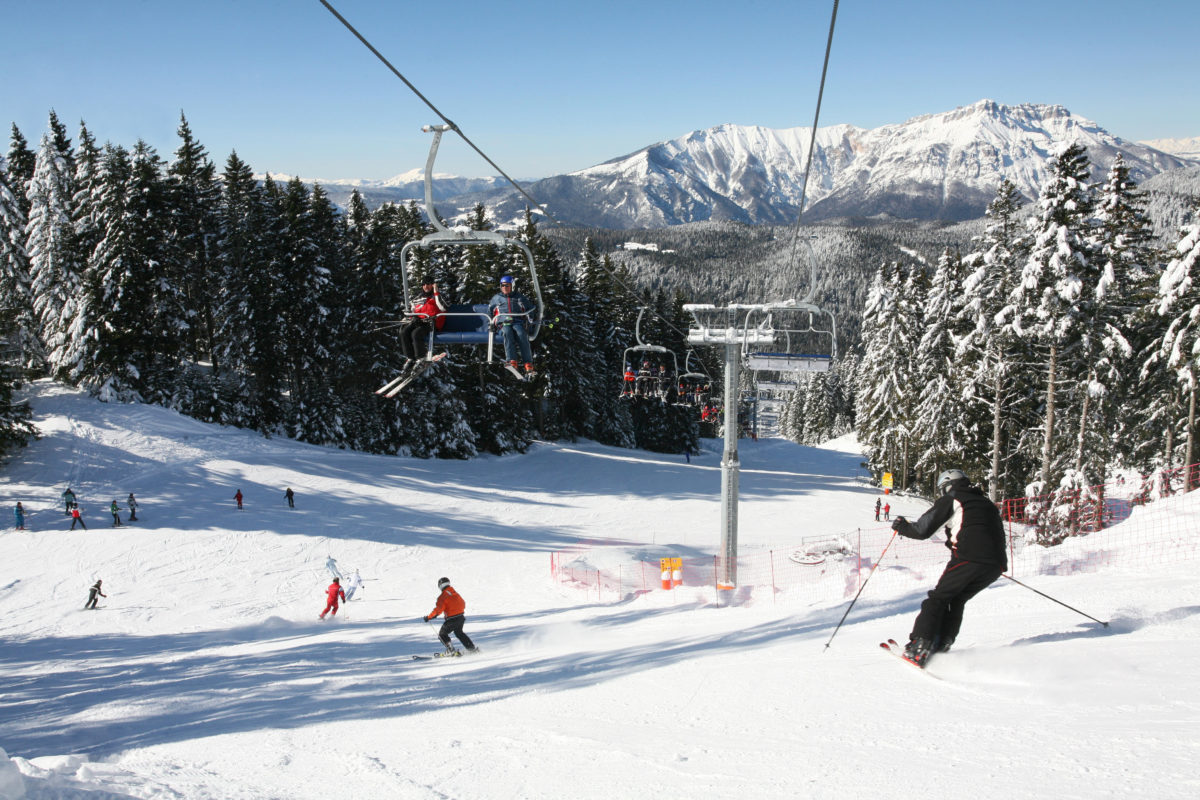 Most winter wellness destinations tend to be situated in remote locations that can only be accessed via lengthy mountain passes – and offer little else to entice visitors beyond winter sports and alpine hospitality.

Trentino is a welcome exception: a short flight from the UK (direct flights operate from London Heathrow and Gatwick to Verona, 30 minutes drive from Trentino) gets you to the winter wonderland resort of Alpe Cimbra, in the heart of the Dolomites in northern Italy.

From here, you can explore the ski resort of Folgaria, home to over 100km of internationally renowned pistes; visit Rovereto, a charming ancient fortress town with a flourishing cultural scene and Michelin-starred dining; and stay at a destination spa where saunas look out on to snowy landscapes and star-studded skies.

After several seasons of winter holidays being a no-go, there’s no better feeling than gazing out from a panoramic viewpoint atop a snow-covered mountain, breathing in the fresh mountain air and gearing up for an exhilarating run down a powdery slope. With no skyscrapers or cars in sight and only the sound of snow being carved up by fellow skiers to keep you company, it’s the perfect antidote to stressful city living.

But don’t just dust off your ski goggles and dig out your salopettes: don’t forget to pack something suitably stylish for an elaborate dinner in a modern art gallery, or simply to fit in with the elegant clientele of the local pasticcerie while you sip on an Alpine spritz.

Read on for our top tips to have an enchanted escape in Trentino.

With chair lifts, ski schools and hire shops on your doorstep, there’s no better place to stay if you want to catch the first lift. Rooms are simple and unfussy, with wood furnishings from the local forests and generous-sized balconies overlooking the slopes offering fantastic views of the ski runs.

The hotel’s breakfast buffet will set you up for an action-packed day on the slopes: cured meats and cheeses to layer on fennel-infused bread alongside apple cakes and jam tarts that go perfectly with their barista-made coffee.

Once you return from a day’s skiing, drop your kit off in the dedicated basement storage and head straight to the next door swimming pool and spa, where deep tissue massages start from just 50 Euros – a welcome release if you’re rediscovering your ski legs after several years off.

In a remote, fairytale-like setting, this is the perfect refuge to get away from it all. There are only 5 guest rooms in this ancient Cimbrian hut, meaning that you’ll have plenty of privacy in the resort’s lavish spa. The main sauna overlooks a gorgeous snowy landscape and offers regular Aufguss experiences where sauna masters expertly move perfumed hot air around with towels, accompanied by a themed soundtrack. Afterwards, step outside into the snow to cool off and gaze out at the star-studded night sky: thanks to no light pollution and a secluded setting, you’re guaranteed a great night’s sleep.

The on-site restaurant is open to guests and non-guests alike, serving gourmet takes on traditional mountain fare worth making a special trip for: think a version of beef tartare made with Trentino’s famous carne salada or polenta with foraged local mushrooms. Make sure you start with a glass of Trento DOC, the local sparkling wine deemed so special that it is now used to toast Formula 1 champions. Salute!

Traditional mountain meals tend to be overpriced, bland and stodgy – but this is Italy, where even at 1550m above sea level on the side of a mountain you can find excellent cooking. From hearty portions of pasta to fuel an afternoon of skiing to healthier salads, this restaurant has it all – don’t miss their Alpine spritz or, if you’re feeling brave, the traditional Bombardino: a potent mix of hot eggnog and brandy topped with whipped cream. That’s certainly one way to warm up from the snow!

Alternatively, visit during the day when bistro staples are given a playful, gourmet spin: the bun of the signature MartBurger imitates the MART Museum’s dome roof, whilst chiacchiere, Italian fried pastries filled with mascarpone cream, coffee, and smooth grappa cream are the perfect afternoon pick-me-up alongside an espresso.

Folgaria’s 100km of serviced pistes offer guaranteed snow: no wonder the resort is the chosen destination for the US Olympic ski team to train. For those not yet ready to race the athletes, there is an excellent network of blue and red runs as well as several highly regarded ski schools.

Also known as Ski tour dei Forti due to the presence of ancient fortresses used by Austrians and Italians in WWI, several spots are still distinguishable as battle areas – making the winter landscape even more special to visit.

Folgaria offers dedicated tracks, rentals and guided tour services for all levels, allowing you to explore areas inaccessible via foot or on skis. The electric-assisted bikes make a mountain climb just the right level of challenging, and the reward of having panoramic views from a mountain top all to yourself is worth every bit of effort.

The ultimate alpine adventure is being led through the snow-filled forest by a pack of huskies. Alpe Cimbra’s Windshot adventure centre offers the chance to control a team of dogs on a 5km tour that winds its way around breathtaking scenery for a truly unforgettable experience. The best time to go is at sunset when the sky is lit up in pink and orange hues that accentuate the beauty of the snow-white landscape.

A cultural gem of a town offering so much more than your average mountain destination: start by immersing yourself in four floors of modern art at MART, housed under a monumental steel-frame dome inspired by Rome’s Pantheon.

After, get a pick-me-up in Caffetteria Bontadi and visit their extensive CoBo collection of coffee machines from 1700 to the present day. Then, if you’re feeling adventurous, head out to explore some of the town’s prominent castles perched on the sides of snow-capped mountains. If you’re anything like us, you might try to take up residence in one of them… 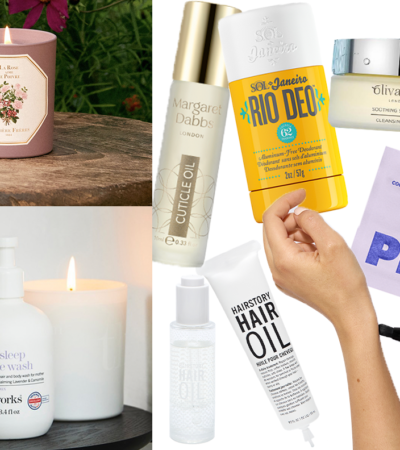 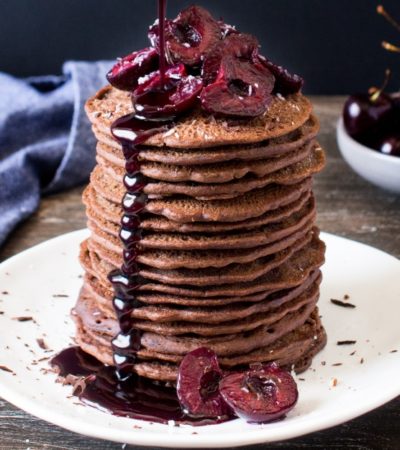 Get Flippin’ With 9 Healthy Pancakes Recipes For Pancake Day 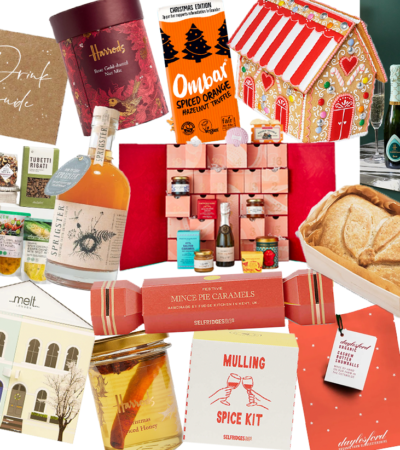 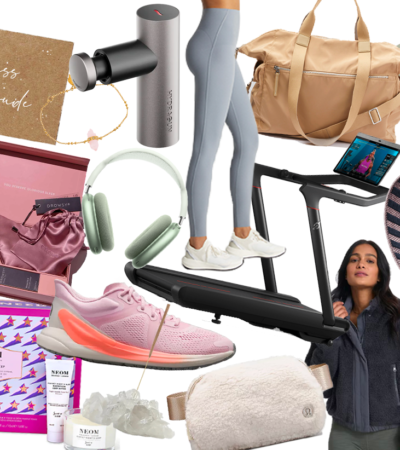 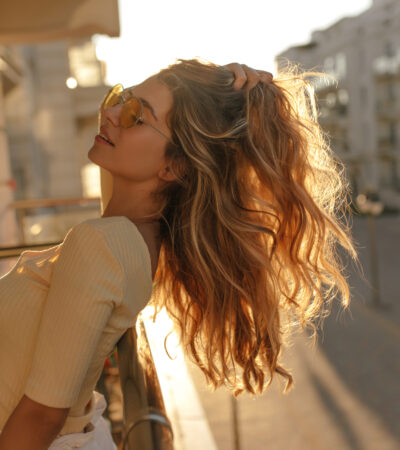 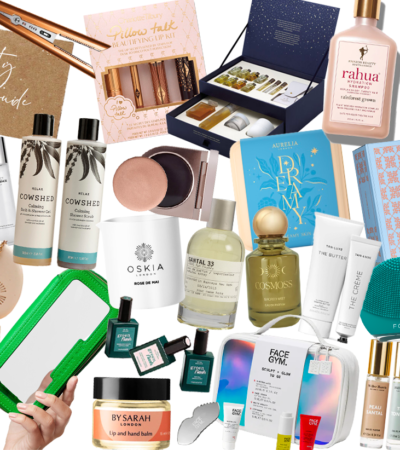