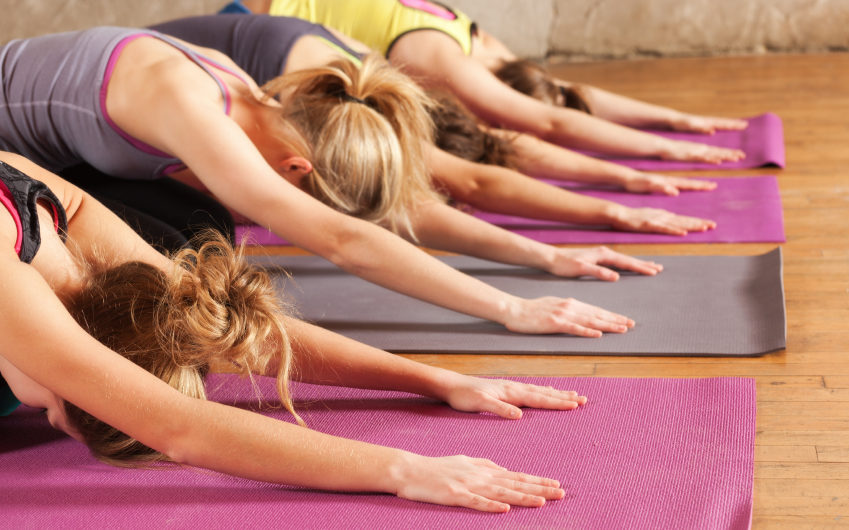 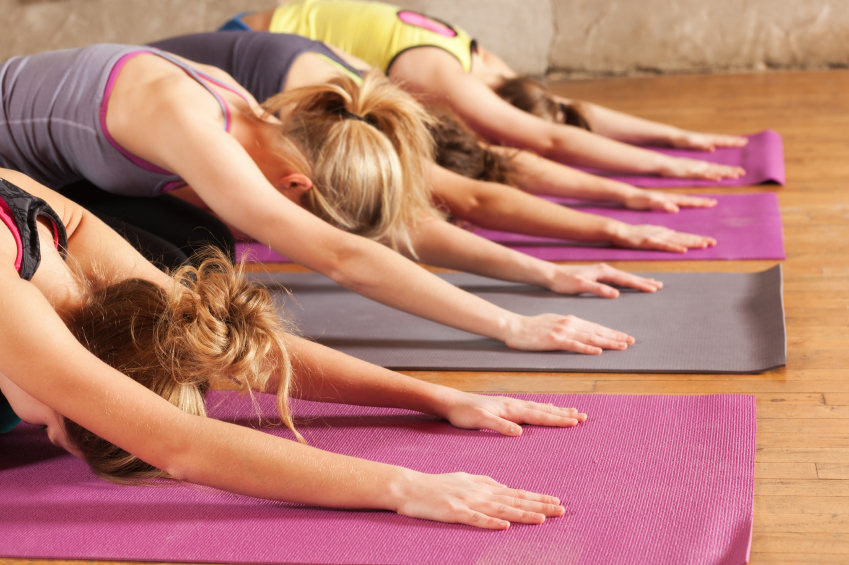 Francesca Londoño-Brasington tries Bikram yoga with the very person who brought it to London in the first place, a good place to start we think.

In recent months I have become a firm Pilates convert after having previously tried and failed at becoming a ‘yogi’.  In fact, I had recently reached the conclusion to give up yoga and forgo all aspirations to become the Zen yogi I secretly always wanted to be. But in truth, there’s remained a teeny, tiny part of me that still really, really wants to be good at yoga. I want the lithe body and the flexible limbs!  Although Pilates has been fantastic for my core and helped me enormously, I’m still terribly inflexible. So upon being invited to trial a Bikram class, I thought, perhaps it was time to give yoga one last shot.

The class I was kindly invited to trial was at one of Michele Pernetta owned Bikram studios in Primrose Hill. Michele is responsible for bringing Bikram to London and kicked off the trend in 1994, long before I’d ever heard of it.

For those of you who don’t know, Bikram is a 26 posture series performed in a heated room (approximately 105 degrees) designed to move oxygenated blood to every single joint, muscle, organ and fibre of the body. The thinking behind the heated room is to ensure the muscles relax, are thoroughly warmed up and can therefore stretch further and safely thus making it easier to perform the postures. The benefits of Bikram are staggering and include an increase in muscle strength, flexibility, fitness and stamina. Google it, and thousands of pages appear promoting its benefits including countless tales of people being restored back to health through practice after serious illness.

Bikram first appeared on my radar about four years ago, it was all the rage and with such a huge celebrity following, my friends and I all rushed to try it. Although I did find Bikram the best form of yoga I’d tried because I loved the heat, I still found the classes frustrating – you’re packed head to toe into a vast, soulless studio which isn’t relaxing. After trialling a number of classes in various different locations around London, I lost interest.

I therefore approached the trial at the Primrose Hill studio with my usual reticence – it was a freezing Sunday morning, I was feeling grouchy, tired and slightly worse for wear after drinking a little too much wine that weekend. However I was intrigued, I’d read a lot about Michele Pernetta and decided that if I was ever going to be converted to Bikram, it would be at one of her studios. And luckily for me, I wasn’t disappointed. The Primrose Hill studio has a lovely, village feel which is warm and welcoming without any pretence. I was greeted upon arrival by friendly staff who were more than happy to answer any questions. The studio itself was a breath of fresh air; far superior to any studio I have been in before. Not only was it clean but it didn’t feel like a ‘studio’, it was beautifully decorated with gorgeous chandeliers hanging from the ceiling – much more the environment I had envisaged for getting in the yoga zone.

The class was taken by a fantastic teacher, Michael, who had a friendly, relaxed approach and didn’t make me feel completely useless for not being able to perform all the postures correctly.  He even asked someone to demonstrate one of the postures which was incredibly helpful for my own visualisation especially being at the back of the class and not being able to see in the mirror.

Normally when I practice yoga, I become annoyed and frustrated by my own inflexibility. I hate being so bad at something and I am truly terrible at yoga. I’m not quite sure how to pinpoint what made this class different, I think it was a combination of great teaching alongside beautiful surroundings. Plus my mind set had shifted, I didn’t expect to be good but to take it slowly and move at my own pace.  I therefore managed to let go of my frustration and relax into the postures.

I can honestly say I came out of that class feeling 100% better, my bad mood had lifted, my muscles felt stretched and relaxed…and dare I say it, I felt almost ‘Zen’ like!

After enjoying the class so much, I was desperate to hear directly from Michele herself.  I wanted to find out a bit more regarding her background and if she ever got bored practicing the same moves (something I thought I’d struggle with in the long term!). Michele kindly agreed to answer my three burning questions to share with Hip and Healthy readers…

Let’s hear it from Michele Pernetta herself…

What led you to setting up your own practices in London?

I was living in Los Angeles, working as a fashion designer. I was an avid martial artist and was training for my Tae Kwon Do Black belt. l had two badly damaged knees, one of which needed surgery.

I heard that there was a yoga teacher called Bikram who was known as “the knee guru” so I went to see him in an attempt to avoid surgery, believing that there must be a way the body could heal.  I had been in constant pain for two years and had been told that there was no chance of the torn cartilage ever repairing itself.  Bikram said, “Don’t worry honey!  I’ll fix your knees in 15 lessons!” He was as good as his word, my knees are better than they were before the injuries and that was 19 years ago.

After 4 years of almost daily practise with Bikram himself, Bikram suggested I should teach his yoga. I was not interested at all, as my fashion career was everything to me. After returning to the UK from LA I looked around for a similar yoga class to the Bikram classes I had been doing with Bikram in LA. I tried everything. Nothing came close (this is 1994!) so myself, my husband and a couple of friends who had been to LA and done Bikram Yoga there started doing it in my sitting room a couple of times a week with the fire on! Soon they brought a friend or two and we didn’t have the space for them, so between us we rented a room nearby and did it there. After a few weeks people began bringing their friends and I kept having to turn around and correct them. Soon the room was completely full and so I took the room another night a week and soon a third night. Once all three nights were packed and another teacher (6 years later) had trained we opened the first Bikram studio in 1999, Bikram North. So, the way I started teaching was really a response to demand.

How many times a week do you practice and how do you keep motivated?

I try to practise the beginners class 3 times a week and the advanced class once a week, plus a gym visit to get out of my usual yoga environment, but some weeks are better and many are worse, depending on travel and workload.

Many people ask how it is possible to practise the same poses year after year for 19 years. It is normal after about 3 years to go through a period of apparent boredom, and go off and try Ashtanga or some other yoga system (I did, and ended up doing a teacher training in Ashtanga which I enjoyed immensely) but I never stopped my Bikram Yoga practise. However this boredom is simply something changing and the transition takes a little time and it would be in this period that one needs to be with an experienced teacher who can guide you through it. Many give up yoga at this time. One changes from being physically motivated to dropping that seeking. This is a big transition, not just in yoga but in our lives. The desire to improve the postures, get better, be healthier, lock the knee, get a deeper backbend, all the egoic goals we come in with, is deep patterning. It will eventually change over to the more internal practise which is about meditation, breath and riding the breath throughout the class. If one can get past this transition, ones yoga practise begins to flourish. It is never, ever boring. I am no longer motivated to achieve things in class, other than to do my best that day and mindlessness for 90 minutes. In fact I find myself pulling my poses back, to get the best alignment possible, often going less deep in some poses, as I no longer care how it looks, but how it feels. That is how it stays fresh and exciting for me.

What benefits do you find from Bikram in particular as opposed to other types of yoga?

Bikram Yoga is Hatha Yoga sequenced into 26 postures and 2 Pranayama breathing exercises performed in a heated room. The benefits of this yoga is that it works every muscle and joint, organ, fibre and system in the body, cleansing and oxygenating the entire body for 100% health and increased vitality through a strenuous yet relaxing stretch. The heat allows one to stretch safely and aids in the healing of injuries. It also promotes sweating which is very healthy.

Many of the benefits come through systematic compression and release better known as the tourniquet effect, literally squeezing out old blood and bringing new oxygenated blood to every part of the body.

We start with Pranayama which oxygenates the blood followed by strengthening poses intended to warm us up, raise the heart rate and increase respiration. Bringing up body temperature results in increased blood and nutrient flow and allows the joints and muscles to function optimally without inducing injury during this intense 90 minute cardiovascular workout. The heat allows us to work deeply as the muscles and ligaments are worked at their ideal temperature and are stretched, simultaneously allowing us to re-align our skeletal and muscular systems whilst detoxifying through sweating which many find cathartic both physically and emotionally. The heat thins the synovial fluid, which can now carry nutrients deeper into the joints as we open them.

Two sets of each pose in front of a mirror allow for you to go deeper into the second set and improve strength and alignment on the first set and flexibility and energy on the second set, whilst the pauses following each pose allow you to absorb the benefits of the high speed blood released back into the area from the tourniquet effect, which carries away toxins and brings nutrients into the area. Having the class always be the same provides mental relaxation, as you can flow through not wondering what pose is coming next and it reduces injury as your body gets used to this basic sequence of poses.

Michele has four studios based in London, please visit the following websites for further details:

There is currently an introductory offer of 20 classes for £20 at Primrose Hill or 30 classes for £35 at North, West and City studios. 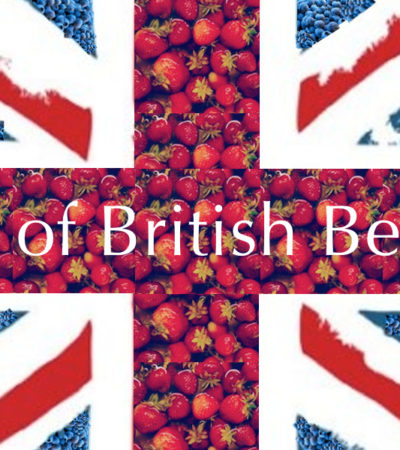 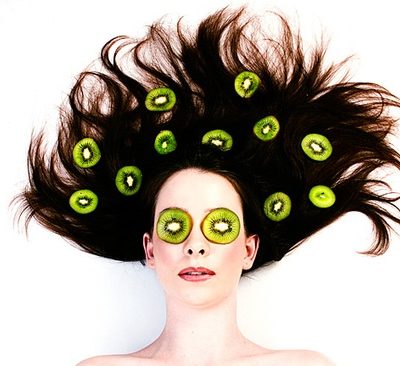