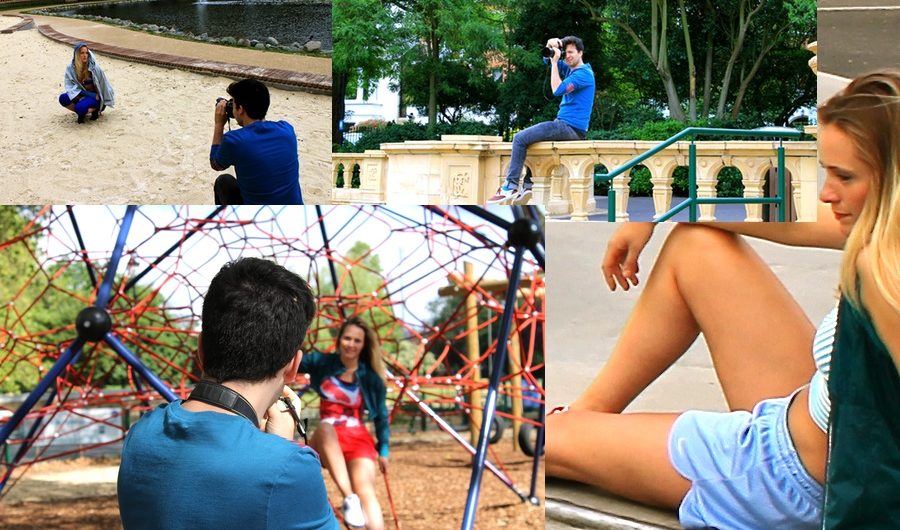 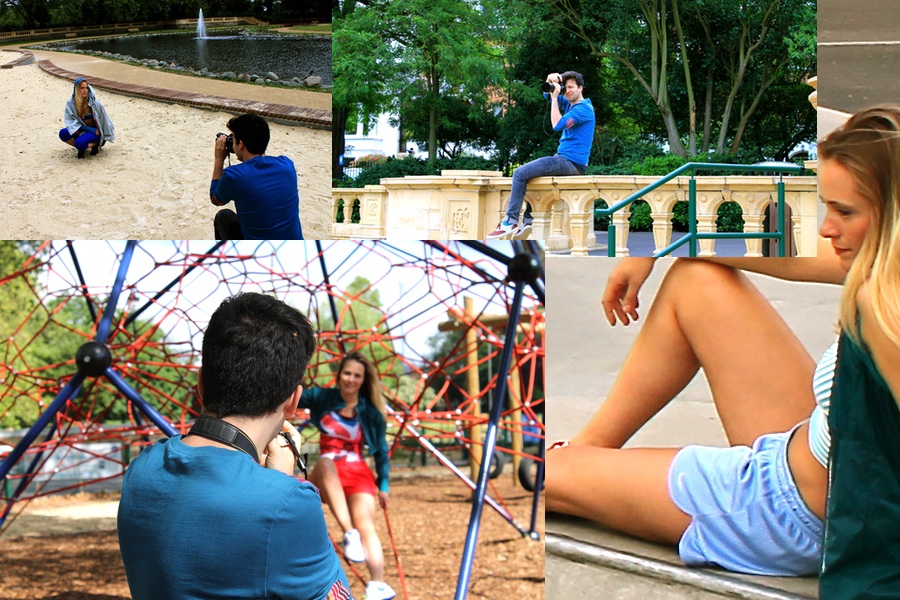 6:45, the alarm noisily reminds me its time to get up, get changed and get out on location for the next hip and healthy shoot. Slight problem, it’s raining, our location is outdoors and we were kinda, sorta, definitely relying on the sun joining us. H&H editor Sadie and I go into lock down panic mode (a tad over dramatic but situations like these often call for a theatrical performance of sorts). Sadie made a few calls and in the end decided to go ahead with the shoot in the park, in hope that it would clear up when we arrived. The team for the British-themed shoot (this is the year of Britain after all) consisted of myself – the shoot assistant, our gorgeous model, Sophie, the man behind the cam, Sam, Stuart the other man behind the camera but in this instance a different camera and of course Sadie, the inspiration for everything Hip and Healthy.

After we polished off a plate of organic pastries and a latte each we headed out to Bishops Park by the Thames in Fulham. On arrival the team’s vibe was lacking in enthusiasm somewhat, with such high hopes for a flawless, sunny shoot it appeared the grey skies were not going to give way. But in true Hip and Healthy style, within around 10 minutes of  being at the location the sun was beaming and the team was full of optimism.

The location was great and presented us with so many different aspects and areas to work with: From the man-made beach to the playground’s red and blue climbing frame, and the wonderful scenic river – we had found a great backdrop for the beautiful British clothes that were on show!

After a productive few hours, numerous outfit changes, and thousands of photos, we all felt we had what we were after and called it a day. Thank you Sadie, Sam, Sophie and Stuart for making it such an enjoyable shoot, I can’t wait to see the finished article! 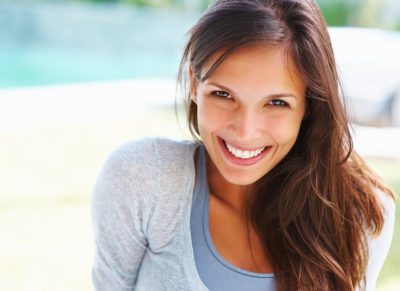 How To Love Mondays 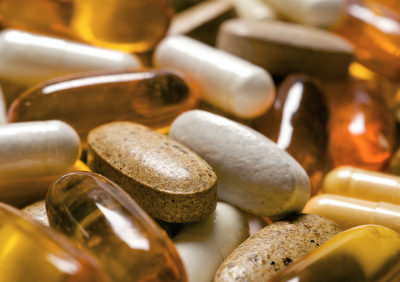 If you only do one thing this week…. take your vitamins